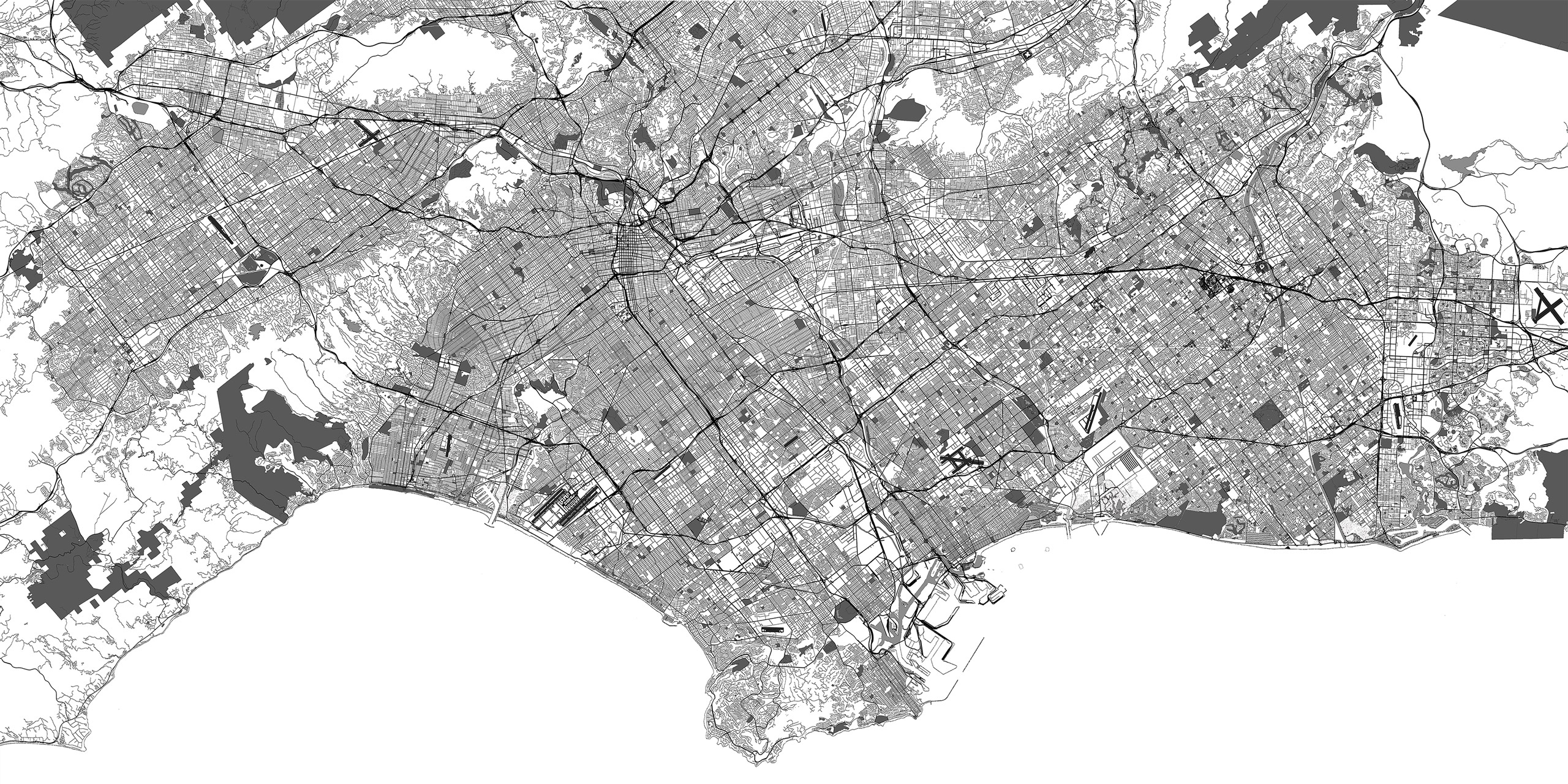 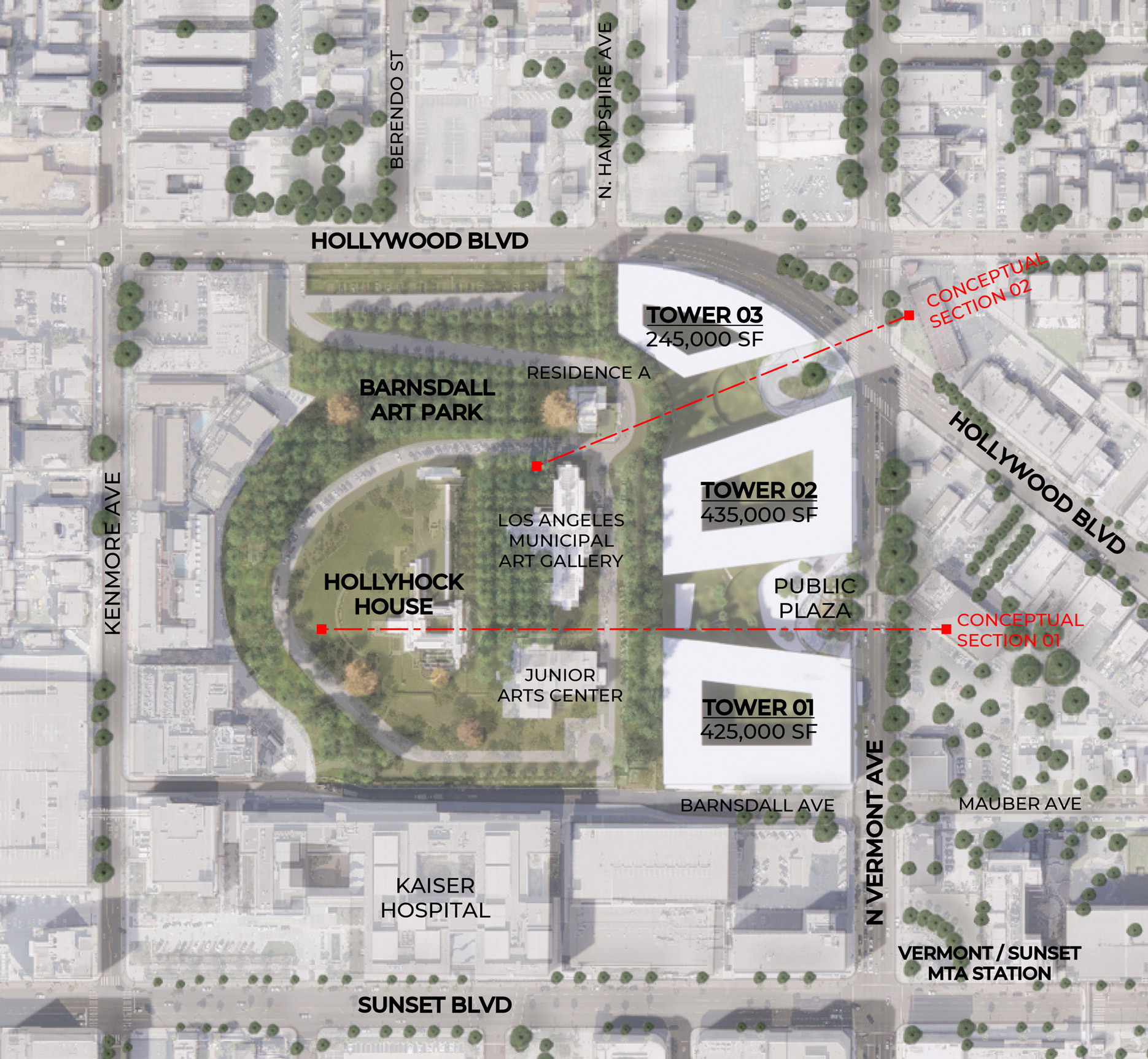 Directly to the west of the subject site is Barnsdall Art Park, the only UNESCO World Heritage Site in the City of Los Angeles. Originally master planned by Frank Lloyd Wright, Olive Hill is a study of inﬁll urbanism that borrows ideas of the original plan and builds upon it with a modern expression of art, architecture, landscape and culture.

The proposed project is to be reimagined with a mixed-use development that respects and strengthens the existing adjacencies and reinvigorates a site with a rich cultural history.

The commercial component acts as a terraformed mountain, emerging from Vermont Avenue by way of organically shaped slabs, which mimics the natural topography of Olive Hill and creates a public plaza, a powerful urban landmark. A direct visual connection to the surrounding green spaces, provides open landscape areas for both residents and visitors alike. The stepped massing connects the eye up to Barnsdall Art Park and the Frank Lloyd Wright designed Hollyhock House with commercial uses at multiple levels surrounding a central parking garage. Residential amenity and outdoor spaces occupy the terraced rooftops of the upper levels. Towers rise above to the maximum allowed height per zoning code in strategic site locations, which maximize rentable ﬂoor area while taking advantage of panoramic views to the Hollywood Sign, the Grifﬁth Park and the surrounding mountains. The central plaza on Vermont is intended to be an urban node, connecting the Vermont / Sunset Metro station to the south with the restaurant and nightlife hub of Los Feliz to the north. The activation along the Vermont frontage will attract visitors to its grocery stores, restaurants, cafes, shops and remote work amenities, while both framing and preserving views to and from the historical Frank Lloyd Wright’s Hollyhock House and Historic Residence A.

Olive Hill is a 9-story, TOC Tier-4 project seeking on-menu incentive in exchange for extremely low-income housing. Out of the 1,241 units distributed over 1,025,000 SF of residential floor area, 11% or 137 of them are classified as affordable housing. 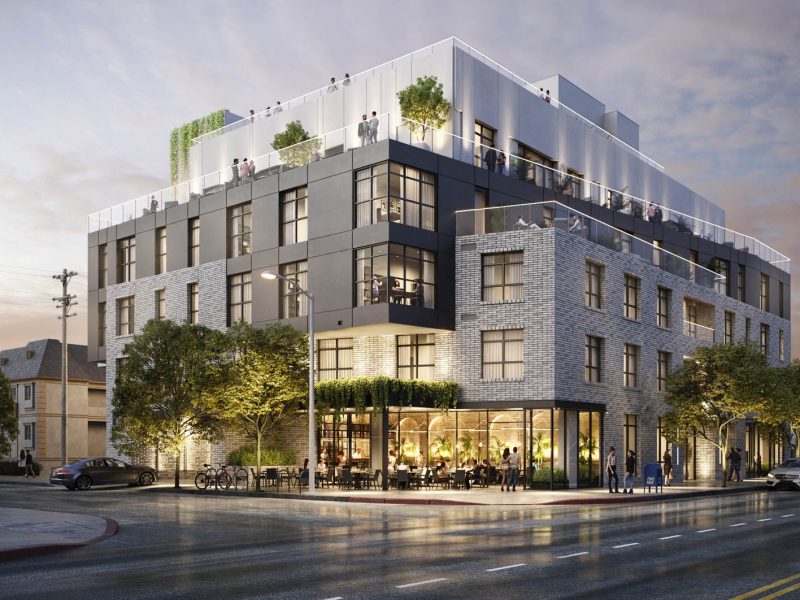 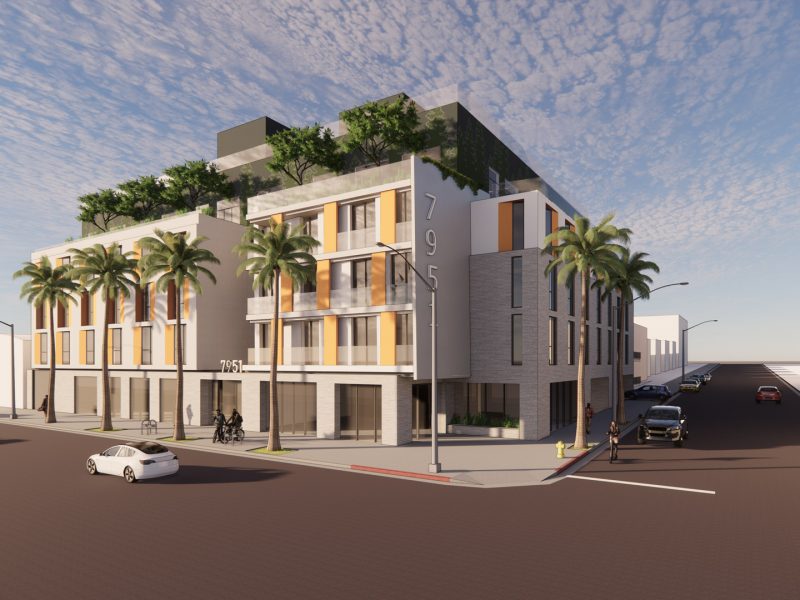 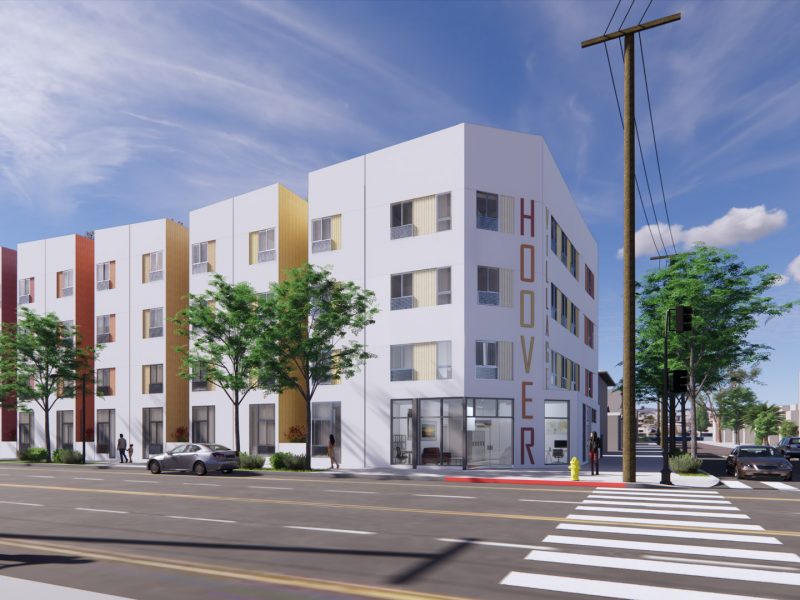 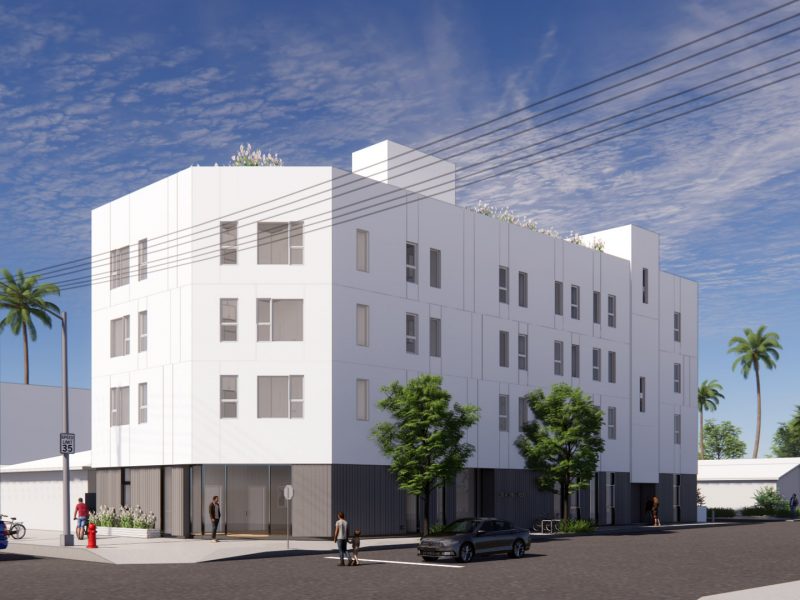